Complete life LIFE LESSONS LIFE LESSON- ‘… NOT BECAUSE YOU ARE BLACK.’

LIFE LESSON- ‘… NOT BECAUSE YOU ARE BLACK.’

That you are Black is not an excuse to become a mediocre. Elena  Roosevelt stated “No one can make you inferior without your permission”. So many blacks have distinguished themselves in life that is now a thing of pride to be Black. No wonder the great African-American poet Maya Angelou reiterated “I can’t believe my good fortune. I’m so grateful to be a black woman. I would be so jealous if I were anything else.” This is further justified by Kenneth Olisa, the first Black Lord Lieutenant of Greater London who recently topped the list of Britain’s most influential Black people. Olisa who was abandoned as a child by his Nigerian father and raised by his impoverished English mother in very humble circumstances, said in an interview: “This power list shows that Black people can do anything. There can no longer be an argument that if you can’t get on, it’s because you are Black. There are lots of other reasons you can’t get on- you’re incompetent, you can’t speak properly, you can’t spell, you don’t get to work on time. But it’s not because you are Black.”

The most powerful leader in the world today; President Barack Obama of America, happens to be a Black person.

Oprah Winfrey nicknamed “Queen of media”, and also, referred to by some as the most influential woman in the world, was born into poverty in Mississippi. She rose to the top through diligence and doggedness. She remarked “Excellence is the greatest deterrent against racism and sexism.”

Aliko Dangote, A Nigerian billionaire and chairman of Dangote Group, is ranked by Forbes as one of the 100 most influential people in the world. He started the Dangote Group as a small trading firm in 1977. Today, it is a multi-trillion naira conglomerate with many of its operations all over Africa.

David Oyedepo, the pastor of the biggest church auditorium in the world remarked “Black is not synonymous with lack. Don’t let your colour devastate your destiny.”

Nobody really cares about your color if you have something worthwhile to offer the world. That we are Black doesn’t mean our brains are black or backward also. All brains have the same colour and capacity whether you are black or white. The problem has been with our thinking and not the colour of our skin!

This is the time for Blacks to think greatness and impact the world positively.

Lesson: In order to attain our full potentials we have to start thinking positively and realize that were are not disadvantaged because we are Black.

You can overcome your limitations, if you stop looking for excuses and be true to yourself. “I have never ...

The only thing life owes you is the opportunity to be the best you can be! If you fail, don’t ... 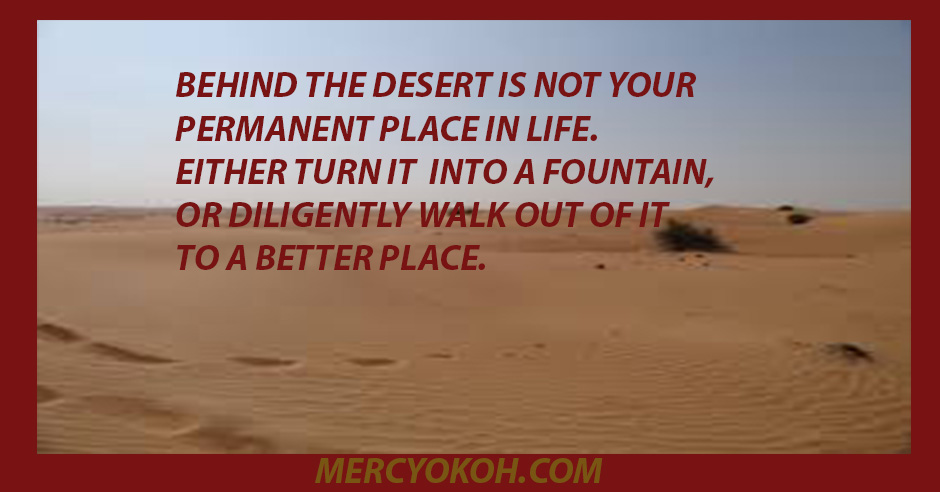 How do you see yourself at the moment? Do you think you are no good, scum of the earth, jobless, ...