The girl-child education; a necessary tool for nation building and development!

Women are home care-givers, mothers, leaders and nation builders. They play significant roles in the family, community and the nation at large, hence they should not be relegated to the background, instead, should be encouraged to rise above their position in the kitchen. Women can make meaningful development to the nation as much as her male counterparts and ought to be inspired to attain and perform well in leadership positions while not forgetting their roles on the home front.

There should be no gender bias in the provision of qualitative education. The girl child ought to be empowered through education in order to contribute meaningfully to the development of her people. ‘A 2013 UNESCO fact sheet on primary schooling reported that in Nigeria about five and a half million girls of primary school age are not in school.’

Desmond Tutu stated as a matter of fact “If we are going to see real development in the world then our best investment is women” This was further confirmed by Angela Thody’s remark, “The surest way to keep a people down is to educate the men and neglect the women.”

When we give our girls the chance to be educated, they become more valuable to the family and the entire nation, earn better wages, stand up to discrimination and abuse and give birth to healthier children who are more likely to be educated and useful citizens.

Arese Carrington on her lecture on ‘The Female imperative in the new Africa’ emphasized that “Nigeria must thus lead the change in stopping the education disparity, dehumanization and control of women. Nigeria and Africa’s future is dependent on not discarding the role of females in the society, nor their potential to contribute economically and politically. Nigerian women, if given the opportunity are weapons for massive development.”

There are women who have excelled in their various professions such as medicine, pharmacy, law, public administration and other professions. Winifred Ekanem Oyo-ita as an acting Head of Service of the Federation, posits that “Throughout the ages and in all countries, women in leadership positions have impacted positively on the society. The history of mankind is replete with such women. Mrs. Graca Machel, widow of former South Africa President, Nelson Mandela has set a road-map for Nigerian women in their quest to be relevant in the economic, political and social development of the country. She remarked that “Women are too strong to be ignored in any society and they must therefore rise up and take their rightful positions as they won’t get it on a platter of gold.”

In the new Nigeria of our dream, the place of women in nation building should be given priority and urgent attention. Females should have unrestricted access to education in order to achieve their self-worth and have a voice in the society. Women are the bedrock of their families and the nation. This is exemplified by a Nigerian female doctor, Dr. Ameyo Adadevoh who gave her life on the altar of service to save an entire nation from the scourge of Ebola.

We should realize that the future of Nigeria lies with both her men and women working together in partnership.  Nigerian women should be prepared for the opportunity to lead and to give their best to the development of the nation. And the Nigerian government should wake up to their responsibility of nation building by giving women their right share of qualitative education, power and opportunities.

Sometimes, if you have not been sick, you will not appreciate health. Learn from whatever has happened to you ... 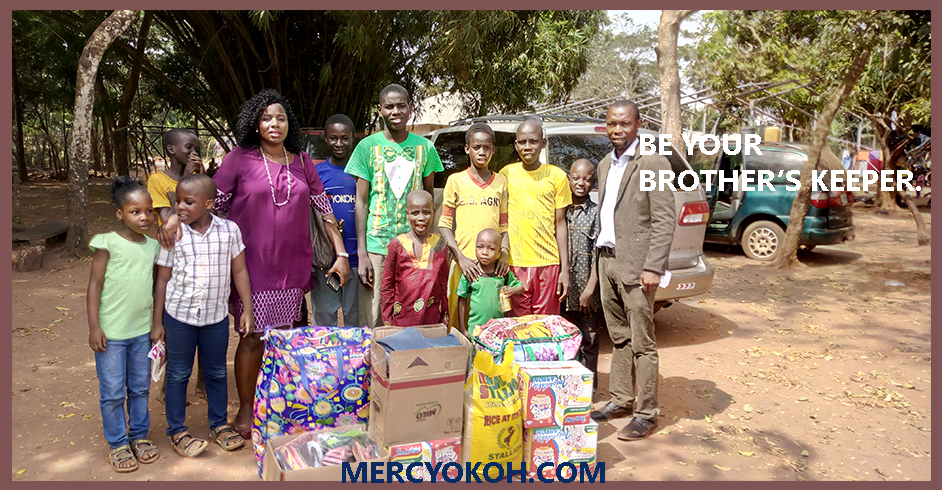 H God is the giver of life. I celebrate Him for another glorious year of my life under His loving ...

‘Godliness with contentment is great gain.’   People hoard money like they are going to live forever! How much ...